Which technique of inhalation is best: a roll, a vape, a pipe, or a bong? 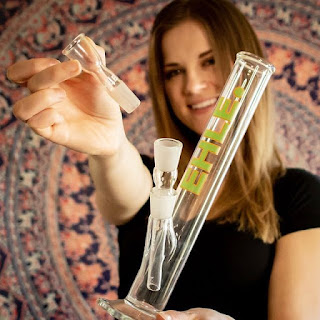 If you're new to cannabis, you've probably seen that there are numerous methods for consuming it. Edibles are growing increasingly popular, as are more therapeutic treatments such as tinctures and capsules. You can even apply cannabis products to your skin if you don't want to become high.

Inhalation, on the other hand, is the oldest and most popular method of taking marijuana. Inhaling marijuana does not have the same negative impact on the lungs as smoking tobacco; in fact, there is some evidence that smoking marijuana has pulmonary benefits. As a result, newcomers may prefer to consume cannabis the old-fashioned way.

There's only one problem: how do you inhale? Marijuana can be inhaled in four different ways, each with its own set of advantages and disadvantages. Here's a quick rundown of each to help you determine one is right for you:

Rollies are a popular and convenient way to consume marijuana, whether you buy pre-rolls or make your own joints and blunts. You have practically complete control over how your finished product appears, especially if you roll it yourself – what strains are used, whether concentrates like wax or kief are used, how much cannabis is packed within, and so on. Additionally, rolling papers are inexpensive and frequently available, as well as lightweight and portable. After you've smoked your rollie, all you have to do is throw away the roach and that's it.

Rollies, on the other hand, aren't everyone's favorite method of inhalation. Pre-rolls are inexpensive and easily available at any California marijuana store, but they lack the same level of customization as rolling your own. However, rolling a joint takes practice; if you are inexperienced, you may make mistakes such as not crushing the nugs first or dusting cannabis into the papers. If you don't want to learn the proper rolling technique, you could try a different inhalation method.

Pipes are perhaps the most intriguing stoner accessory. Pipes are available in a variety of shapes, sizes, colors, and materials, allowing you to express yourself through your smoking weapon of choice. While packing a bowl requires some skill, it requires far less coordination and attention than making DIY rollies. Furthermore, because you're using an instrument rather than the plant, you're less likely to get the kushy fragrance on your clothes and fingers.

Pipes, on the other hand, require maintenance. If you don't clean your pipe after each use, the sticky residue from your cannabis, known as resin, will completely cover the instrument. It is feasible to harvest and smoke resin for a strong high, but even if you do, you must clean the pipe on a regular basis to avoid occlusions or, worse, mould.

A bong is technically a type of pipe known as a water pipe, which filters cannabis smoke through water to remove tar and combusted compounds. According to bong evangelists, water pipe hits are cleaner and stronger than rollies or pipes. Bongs do release a small bit of odor, making them more discreet than the other ways. Bongs, like pipes, come in a range of shapes and sizes, making it simple to find one that complements your aesthetic. In fact, bong users frequently collect them and display them as works of art in their homes.

The benefits of bongs are countered by their disadvantages. Bongs are frequently large and unwieldy, making them difficult to use while on the go or conceal from family or roommates. Furthermore, owing of their glass construction, bongs are prone to breakage, and they are also expensive. Bongs, like pipes, must be cleaned on a regular basis to minimize odor and inefficiency, but cleaning them is more complicated than cleaning a pipe. If you use a bong, you must eventually commit to a particular style of life.

Vapes Vaporizers may appear to be a relatively new technology, but stoners have been using them for decades to get high. Unlike other inhalation methods, vapes do not immediately burn cannabis material; instead, they heat it (directly or indirectly) to produce steam containing cannabis compounds. The two primary types of vaporizers are tabletop vaporizers and portable vaporizers. As one might expect, the former is larger and bulkier, designed to sit on a table, whilst the latter is often tiny and portable. Vapes have a variety of characteristics, such as the ability to use concentrates such as shatter and wax, as well as basic, beginner-friendly e-liquid. When it comes to vapes, there are so many options that you may want to consult with a budtender to learn more about the advantages and disadvantages of each type.

You have a lot to learn as a newcomer to the cannabis scene. However, if you take things slowly and experiment with several ways, you'll eventually find one that works well for you.
(mini bongs)