Which is better: Dabs or Bong Hits? 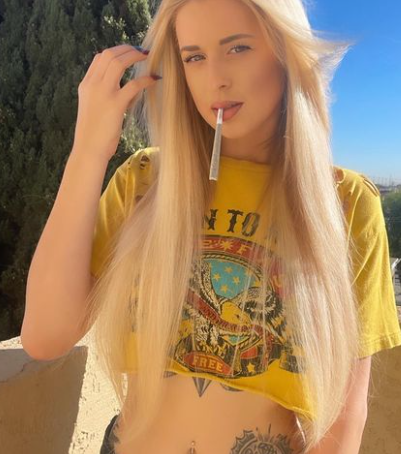 If you're new to the cannabis scene, you might think dab hits and bong hits are the same thing. While there are some parallels, such as the method of administration (inhaling smoke/vapor into the lungs), there are several significant distinctions. Here are some of the most frequently asked questions concerning bong hits vs. dab hits answered!

Which one will take you higher?

Dab hits will get you much higher than bong hits since dabs are concentrates and bong hits are obtained by smoking dried flower. Simply said, concentrates are the most potent components of the cannabis plant, whereas flower preserves the qualities that do not make you high. The average cannabis strain has a potency of about 15%. Concentrates, such as waxes and oils, have an average potency of 75 to 80 percent. There should be no doubt about which one will lead you to the top!

It is impossible to say that one technique of cannabis intake is safer or healthier than another, but vaping is undoubtedly less hazardous to your lungs than the combustion approach, sometimes known as smoking it the old-fashioned manner. Taking dabs does come with the risk of burning yourself with a butane torch, which obviously causes more physical damage than a simple lighter burn. The extraction procedure, which also requires the use of a blowtorch and exposure to hazardous chemicals, is the most risky component of dabs. It is not recommended that you attempt DIY extraction unless you are quite knowledgeable about what you are doing.

I despise the way bong rips make me cough; do dabs have the same effect?

Coughing is one among the drawbacks of bong hits. One long-standing stoner misconception is that "the more you cough, the better you get." While this may be true for some people, there is no proof that coughing increases the effects of cannabis. You may be wondering if doing dabs will cause coughing because you are inhaling vapour rather than smoke. The answer is yes, you will cough, however coughs from dab rigs are significantly less abrasive than coughs from bongs. If you want to smoke in a more environmentally friendly manner, we recommend using a vaporizer such as a dab pen or a vape pen.

No one has ever died from smoking cannabis, but a common myth among first-time dabbers is that because concentrates are more potent, it is possible to overdose on them. Dabs will not kill you, but they may cause you to become far higher than you meant! Before you experiment with dabs, make sure you have a solid notion of your tolerance. If you smoke blunts every day, a dab or two will get you stoned, but I'm confident it's nothing you can't handle. If, on the other hand, you're a "one hit wonder," you need be especially cautious!

Do Dabs Have a Better Taste?

Despite the fact that concentrates might lose flavour during the extraction process, dabs are more delicious than flower. Even if you're smoking some great cannabis, you'll taste a lot of the toxins that come with combustion (such as the butane from your lighter) when taking bong hits. When you do dabs, you simply taste the dab and nothing else.

Where can I buy the best bonsai?

If you're only going to use it once in a while and it'll always be in the same location, you might not want to spend too much money on it. There are numerous little bongs under $40 that will do the job. There are also some works of pure art that might cost thousands of dollars.

I prefer a simple design with good functioning that provides an exceptionally smooth, complete hit (which is why you're using a bong rather of a joint in the first place).